Laurin Copen Antiques is home to a large eclectic collection of furniture, lighting, paintings, pottery, beds and smalls. Midcentury Modern, Industrial, Swedish, Rustic, Folk, and the unusual. Unique and beautiful pieces tastefully styled throughout an eighteenth century farmhouse on the outskirts of Bridgehampton, L.I. - west of The Commons and just east of Newlight Lane. Check out the backroads maps on our Contact page to get you here while avoiding the traffic! 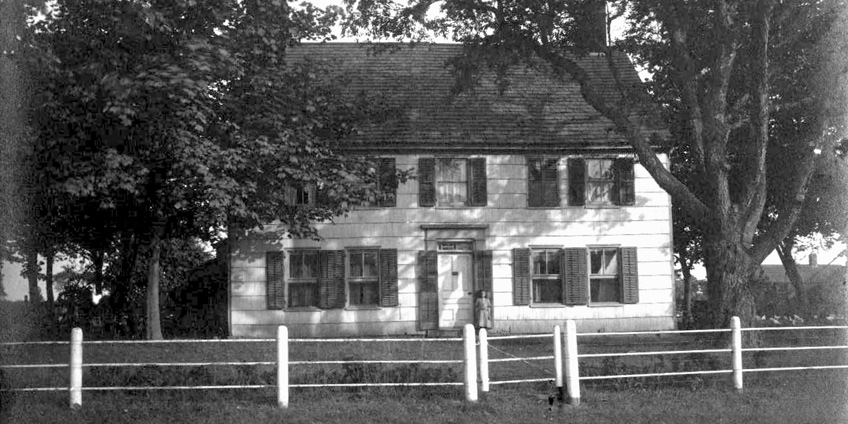 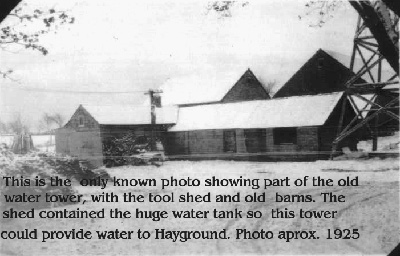 Laurin Copen Antiques is located in the historic General Abraham Rose House. Early records indicate that Samuel Haines ' "homestead lot"/Neponset Farm" was part of the Mecox Division and originally allotted to him in 1682.

Samuel's daughter, Ruth Haines (ca.1733-1793) married Lt. Abraham Rose (1726-1791),who served in the American Revolution. Abraham moved into her family's farm house, which mostly burned down in 1791. All that remained of the original Haines farm house that was salvaged for the new house is now the small back room and upstairs office. 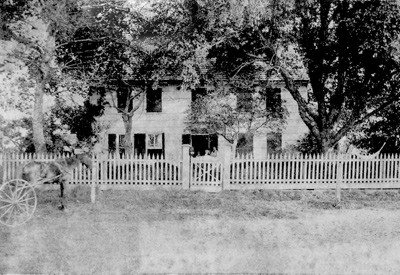 A surveyor and original Hayground windmill owner, General Abraham Rose, commanded the Long Island troops who successfully defended Sag Harbor during the War of 1812; he was also a U.S. presidential elector for the Whig ticket in 1840.

The cornerstone of this vernacular farmhouse indicates when it was erected and 1914, when it was renovated. The renovation coincided with it being moved 25' south due to Montauk Highway being widened. The power lines cross the street to the west and east of the property as to not spoil the view.

There were two original barns. The oldest dismantled and sold piecemeal. The second was sold and is now a residence on Kellis Pond Lane off New Light Lane.

When you visit the store you can see the very wide floorboards of the old house in the two small bedrooms on the west side of the house. 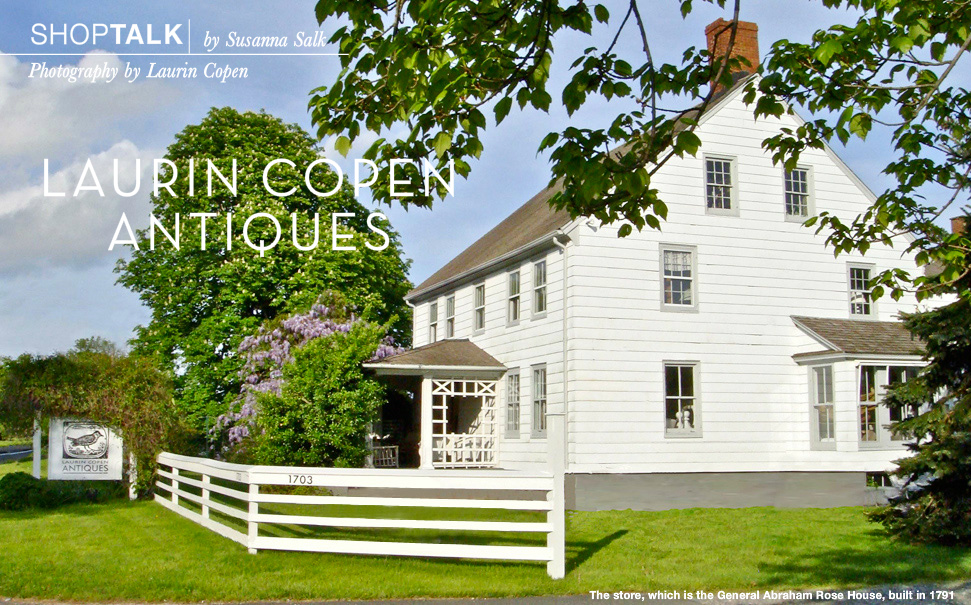 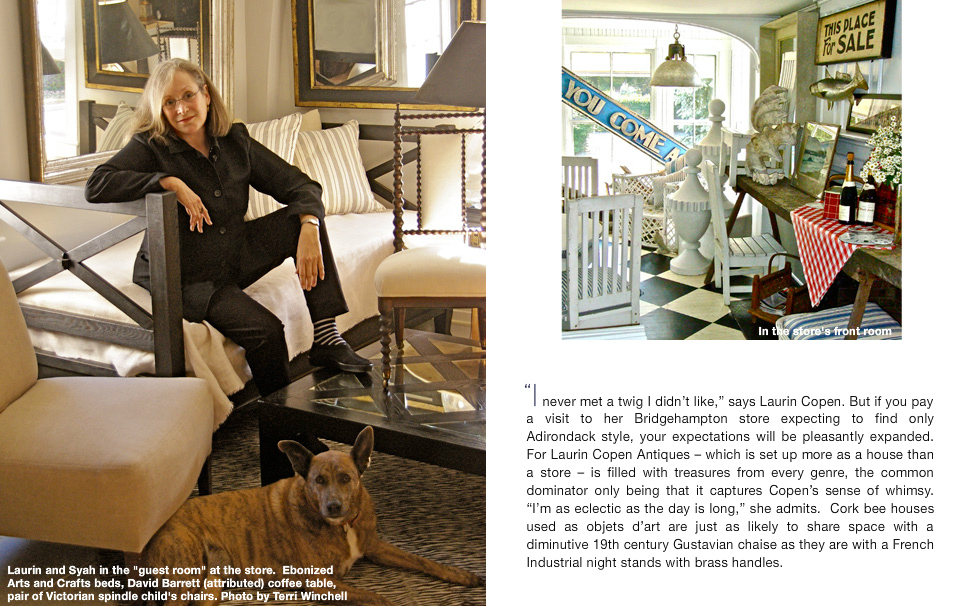 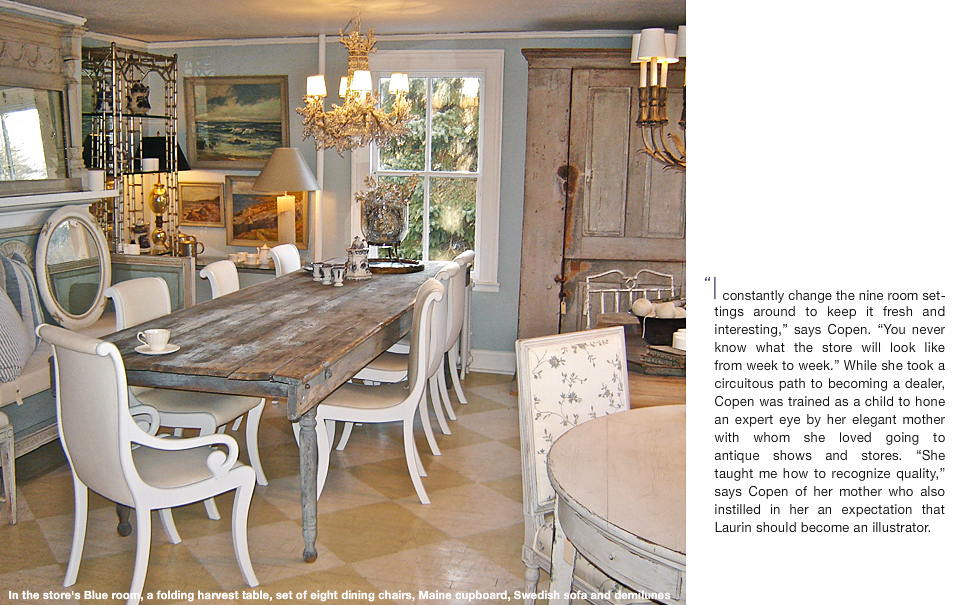 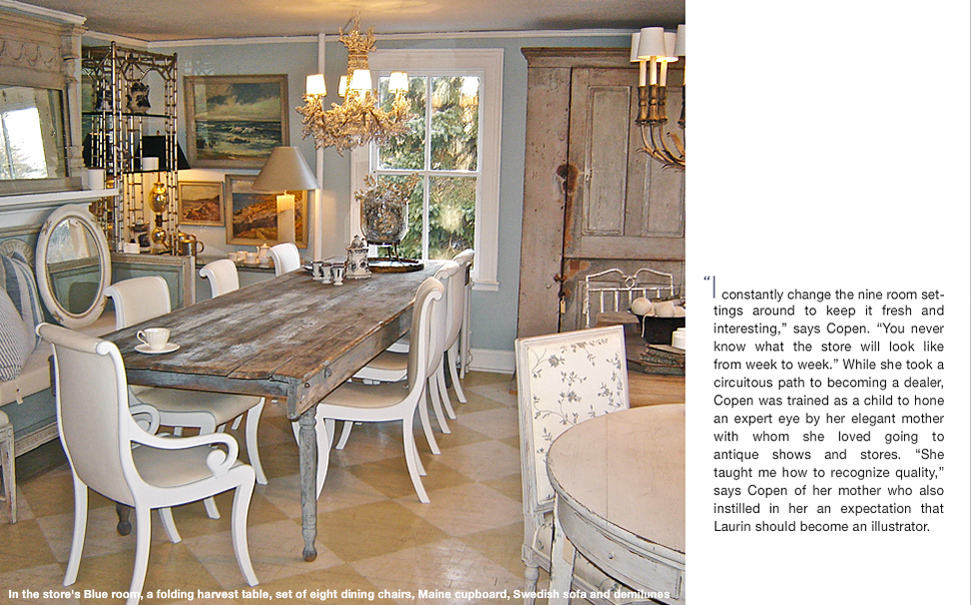 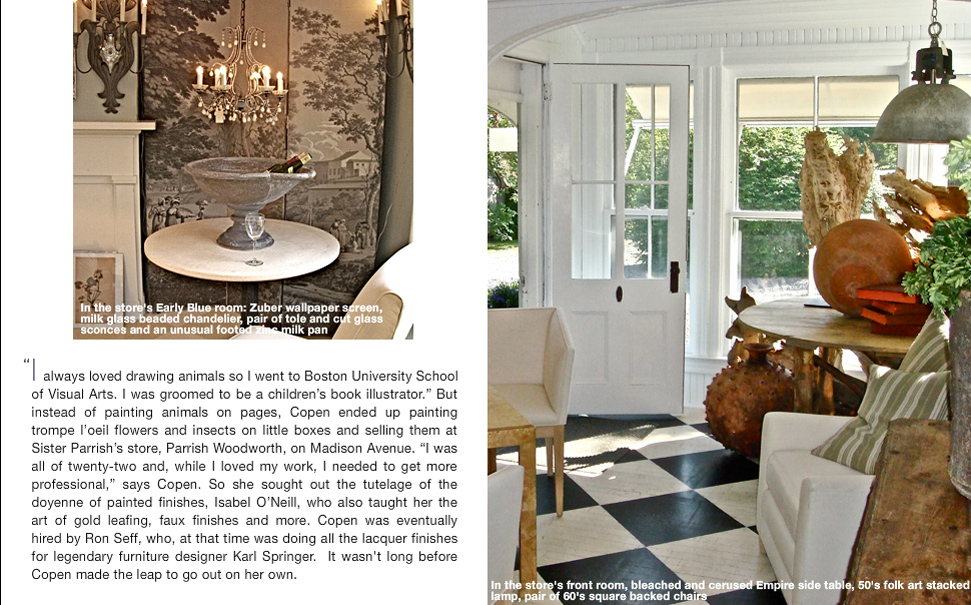 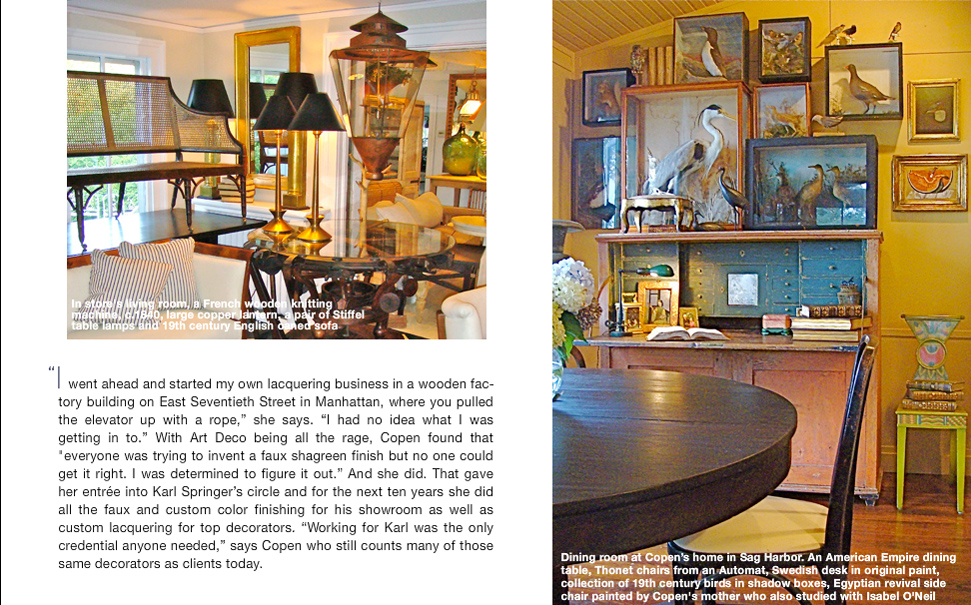 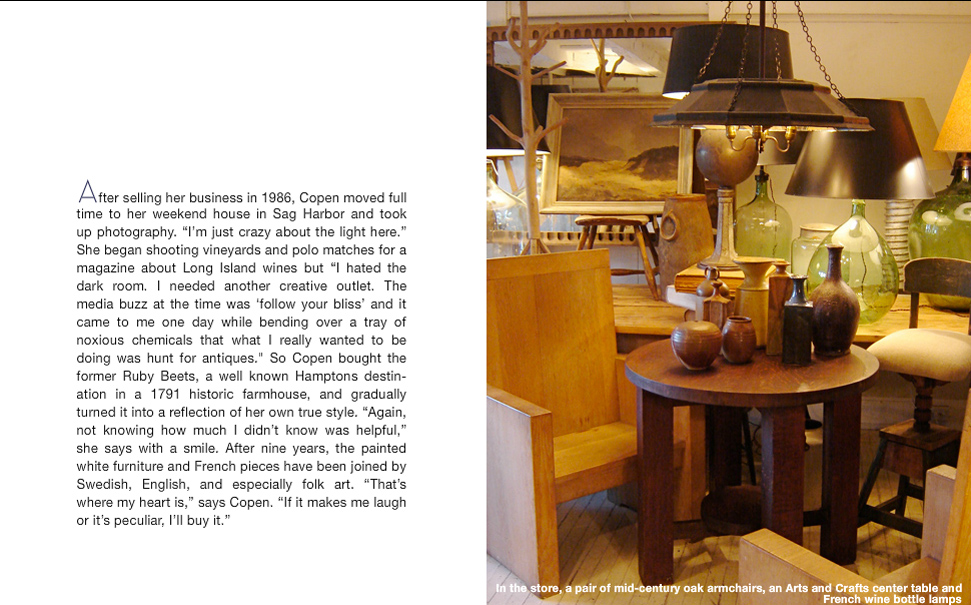 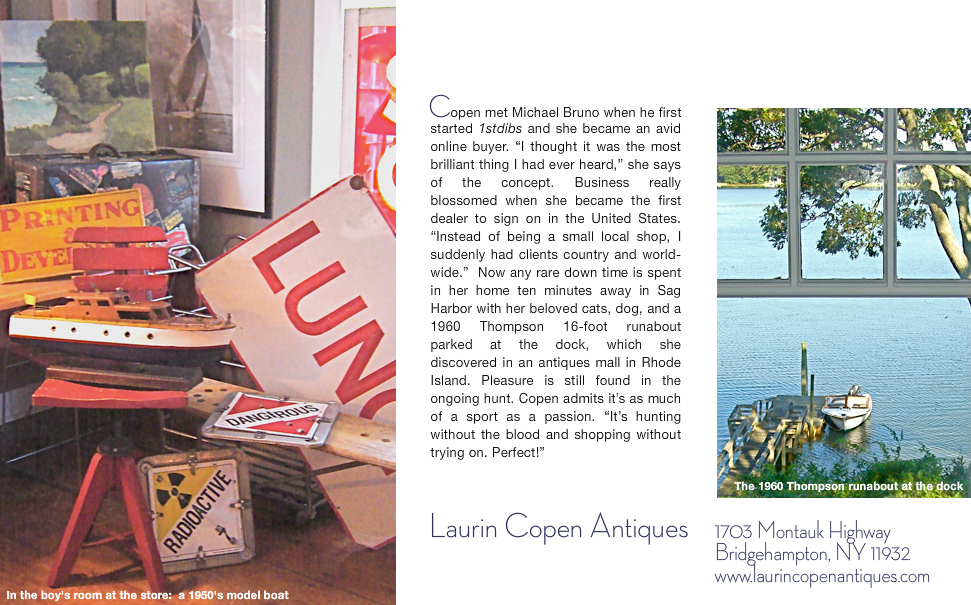 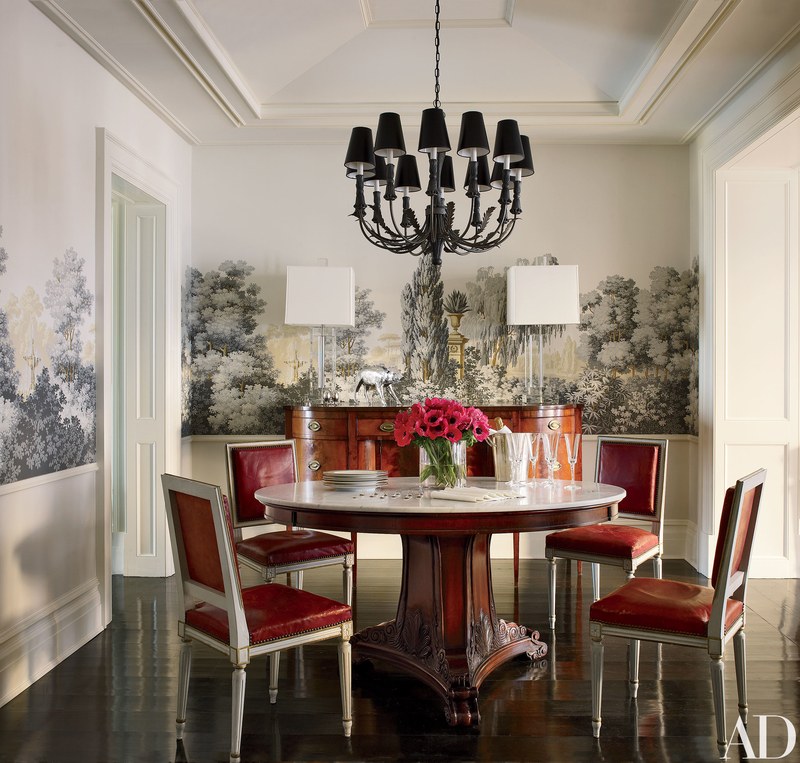 In the dining room, a tole chandelier from Laurin Copen Antiques is paired with Jansen chairs and a vintage Ralph Lauren Home marble-top pedestal table. 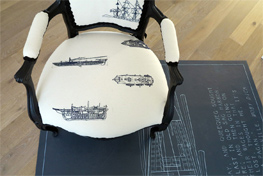 Cape Advisors recently asked Dale Cohen to take over a Watchcase Townhouse and do, she says, "something interesting." The result? A series of rooms that "speaks to the exquisite quality of space, light, and scale" of the Sag Harbor design landmark. 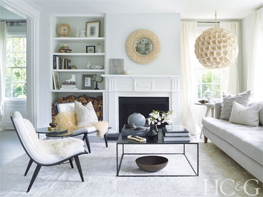 A Sweet Sag Harbor Saltbox Gets a Modern Makeover 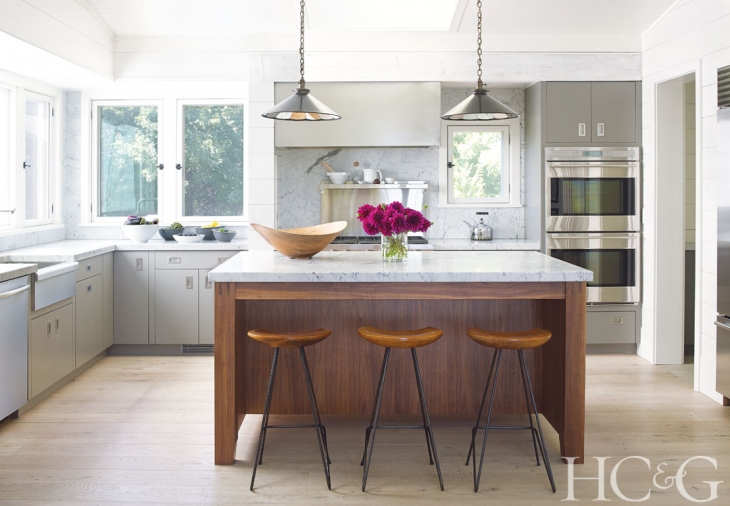 Even people who know the Hamptons by heart, even longtime residents of Sag Harbor, have occasionally never heard of Redwood...the pendant lights are from Laurin Copen Antiques. 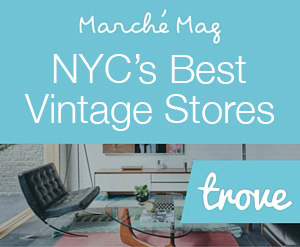 Laurin Copen Antiques is home to a large collection of furniture, lighting, paintings, pottery, beds and smalls, ranging from mid century modern, industrial, Swedish, rustic, and folk to the unusual, organized throughout an eighteenth century farmhouse.